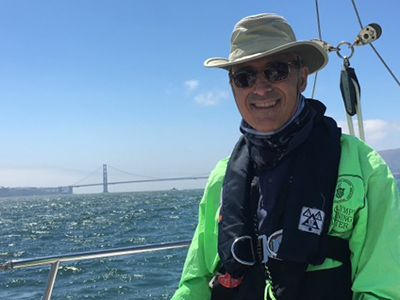 Dr. Giovanni Elia’s arrival in New York in the second half of the 80s was propelled by his quest to be a better surgeon. He had no idea then that his professional career, which now spans several decades, would take him back and forth across the American continent, and in the process, radically change Elia’s focus. “I wanted to be a better surgeon, but now I am a palliative care physician taking care of seriously ill patients, many of whom are the end of life,” he said during our interview this summer, his voice still bearing traces of disbelief.

Elia talks with cheerful, welcoming intensity and a hint of an accent that makes him sound unmistakably Italian. He comes from Puglia, a region in Southern Italy known for its magical hill towns, rugged coastline, and century-old farms. Before landing in New York City, Elia completed medical school and a urology training in Rome. He then continued at a New York Medical College–affiliated program that offered him a spot in their GYN-OB residency. After completing it, he was offered a fellowship in pelvic surgery at Einstein Medical Center in the Bronx. “That program, in fact, was focused on gynecological oncology. I spent a lot of time in the (operating room),” Elia said. He found surgical oncology demanding, but also intellectually satisfying and stimulating. One of his mentors later suggested the field of gynecologic urology, and Elia immersed himself in it with the same intensity that fueled his earlier interests.