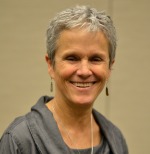 In 2000, when I transitioned from a career as an ob-gyn to one as a hospice physician, it became apparent to me that palliative care was a solution to fill a needed gap in health care for patients with serious illnesses. Clinicians often were failing to have conversations about what mattered most to patients and families at the end of life, patients were suffering from pain and other symptoms, death was institutionalized, and families often were torn when making difficult medical decisions. The system was broken, and no one was happy, including clinicians who were subject to watching the people for whom they cared suffer. It was a far cry from my previous life as an obstetrician. Although birth also occurred in institutions, birthing rooms were the norm, families were included in the delivery process, and human touch abounded. Surely, there must be a better way.